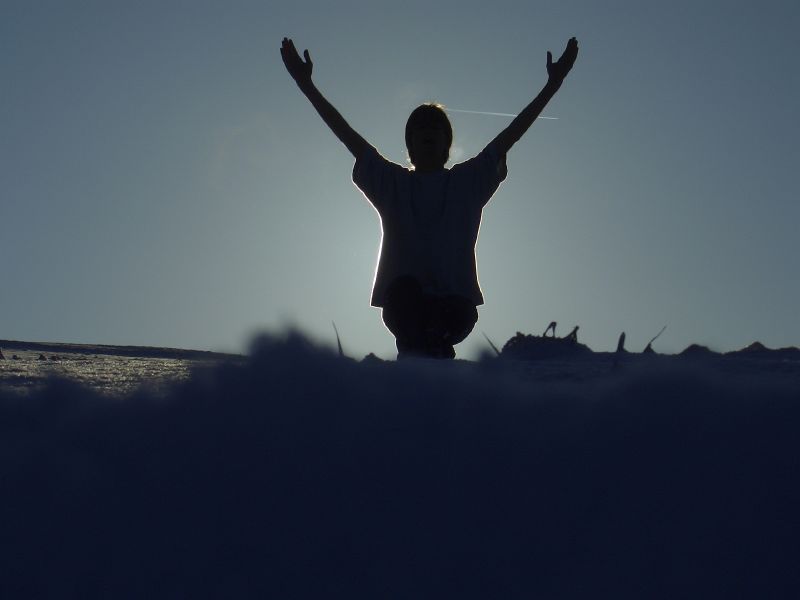 I was young, cocky and a bit full of myself when I had one of the most humbling experiences of my life, and learned a lesson that has stuck with me for decades.

I had been the number one sales person in the nation for a company – my first full-time professional sales job.  I had it made:  adequate salary, good benefits, company car, bonus potential, and the respect of my employer and colleagues.  But the long term opportunities were limited, and I decided to move on to a job that was 180 degrees different.

I took a position selling surgical staplers to hospitals.  It was a leap from the secure job I had to one that paid straight commission, required you to buy your own samples and literature from the company, and provided only six months of a draw to begin.

From one perspective, it didn’t look like a match made in heaven.  It involved selling a technical product to surgeons in hospitals.  I had no medical experience and my gifts were on the opposite end of the scale – instead of math and science, I was good at, and interested in, literature and social studies.  In addition, as a child growing up in a family of six boys, my father had a heart condition which landed him in the hospital a number of times.  As a result, I had an aversion to hospitals.  I didn’t like them, and didn’t want to be in them.

But I was cocky, filled with the success of my previous job, and sure that I could make this work also.  It wasn’t hasty.  I looked at the amount of existing business in the territory I was slated to get, and determined that if I could double the business within six months – a doable task, I was assured – I’d be back making about what I was used to earning.  Then, as I increased the business, my income and life style would evidence the difference.

It all sounded attractive, and I left my old job, and arrived in New York City for six weeks of intensive training on the new one.  During the time that I was there, my district manager – the person who hired me — moved on to another job and was replaced.  When I arrived home after the training, my new manager was anxious to meet with me.  In our first meeting, before I had a chance to begin working, he informed me that he had revised the sales territories.  The territory that I thought I had – the one for which I was hired – was not the one I was going to get.  Instead, I was going to receive just a fraction of that territory.

The new territory only contained about 1/3 of the existing business of the previous one.  This change meant my plans for making a living were shot.  It now became an impossible task. Instead of having to double the business to be back where I was, I had to multiply it by a factor of six!  In six months, just to make ends meet!

I was upset and angry.  How could they do that to me?  I immediately began to look for another job, determined to quickly leave this unethical, uncaring company.

Things got worse.  As I interviewed several companies, I discovered that they saw me as the problem.  Instead of understanding what the company had done to me, they thought I was an opportunist who was looking for an easy way out.  It became clear that no one else was going to hire me!

I grew more and more angry and bitter.  In addition, I had little success selling the staplers.  After six months, my temporary draw came to an end.  I owed the company over $10,000, was making almost nothing, and had no prospects for another job. I had a family to support and was caught in a miserable place.  I felt squeezed between the proverbial rock and hard place.  I was a victim of a dirty deal. I couldn’t make this work, and I couldn’t find another job.

Then, out of the blue one day, I had an inspiration. I don’t remember if I had an experience or someone talked to me.  Regardless, it suddenly dawned on me that the problem was me!  It was me!

Yes, the company had treated me poorly.  Yes, they had been unethical and uncaring.  But, the product was still exciting, and the opportunity still great.  The real problem was my attitude – my bitterness and anger were getting in the way of everything.

I was responsible for my own behavior, my own thoughts, and my own attitude.  When I had the realization that it was me, I felt like a thousand pounds had been lifted from my shoulders.  If the problem was me, then I could change!  If the problem was somebody else, then I was a victim, and powerless to do anything about it.  What a motivational and exhilarating realization.

I began to work on my attitude.  I decided to take control of my thoughts.  I looked up Bible verses that were very inspiriting and wrote them down on 3 x 5 cards.   Here’s a few:  “If God is for you, who can be against you?” (Romans 8:31);

“…all things for which you pray and ask, believe that you have received them, and they shall be granted you.” (Mark 11:24)

“For the spirit God gave us does not make us timid, but gives us power, love and self-discipline.” (2 Tim. 1:7)

I was living in Brighton, outside of Detroit, and my territory was in the city.  So, I would drive about 45 minutes every day from my home into my sales territory. I began to use that time to change my thinking.

As I drove into my territory every day along I-96 in Detroit, I held those cards in my hand on the steering wheel, and read them over and over to myself.  Slowly I began to do away with my bitter attitude, and replace it with hope and expectation.

My results began to change also.  Things began to go better.  Six months later, I had paid off the debt to the company, and was making more money than I thought possible.  The job became more fun, more financially rewarding and more fulfilling than anything I ever expected.

I began to get better results.  My performance was a result of my actions. My actions emerged out of my attitude. My attitude changed as I began to think differently. I began to think differently because I intentionally and methodically pushed powerful words of scripture into my head.  And, I did that because I finally realized that my actions and attitudes were my responsibility.  I learned one of the greatest life lessons ever – that your circumstances and results are your responsibility, and that you can choose your thoughts and your attitudes, and thereby impact your actions and your results.

The turning point for me occurred at the moment I accepted personal responsibility for my circumstances.

Over the 25 plus years that I have been working with sales forces, and speaking to groups of business people, I routinely mention that principle in my presentations.  I always feel a bit embarrassed – not that I’m embarrassed by my failure and the lesson I learned – but rather I’m embarrassed to even be talking about a principle which is so fundamental to growth and development.  Doesn’t everybody know this?

Unfortunately, the answer is “NO.”  The vast majority of human kind does not understand these fundamental principles:  That you are responsible for your own results, and that you can change your thoughts, your attitudes and your actions.

That seems so basic and common sense, yet I am constantly amazed by how few people actually exhibit it.  Over and over in my work in developing sales people and their managers, I’m struck by how many people fail to accept responsibility for their own success or lack of it.

It’s far more popular to be a victim.  We have all shook our heads sadly over some newspaper account of someone who commits some act of irresponsibility, and then successfully sues someone else.  In our litigious world, being a victim often pays.  That is an unfortunate consequence of an unhealthy belief.

As long as we view ourselves as victims, we’re unable to change ourselves or our circumstances and achieve better results.  It is not our fault that we’re not doing better, we tell ourselves.  Someone else caused it.  And because it is someone else’s doing, the power to fix it and make it better is with someone else.  We’re powerless to fix it.

While few people admit it, or even realize it consciously, this “victim attitude,” the direct opposite of personal responsibility, is very common, and embraced to some degree by most of us.

My wife is a crises counselor.  One of the biggest eye-openers for her occurred when she realized that she was counseling the same people over and over again.  You’d think, as she did, that a crisis would be an isolated event.  Not so.  Many of her clients find themselves lurching from one crisis to another.  Why?  Because they don‘t make the changes in their behavior and character that got them into the crises in the first place.  At some deep level, they see themselves as victims, not personally responsible for their own character, their own behavior, and the consequences that behavior brings.  Where there is no sense of personal responsibility, there is little hope for positive change.

I see thousands of sales people who blame someone else for their lack of results – the price is too high, the customers are unreasonable, the boss doesn’t understand.  I see executives and small business people who blame the market, their employees, their lack of resources.  I see individuals in all walks of life who see themselves as victims, powerless to change their circumstances.  I see entire people groups who believe so deeply that they are victims, that they look for solutions in every other place other than themselves.

As long as they believe they are powerless to change their circumstances, they are stuck in the role of a victim.  They believe that the world, or some important part of it, has conspired against them, and there is nothing they can do about it except complain.

However, once they accept the responsibility for their own actions, they rise out of the world of victimization, and become a new creature. The Apostle Paul did say “Be transformed by the renewing of your mind.” (Romans 12:2)

Once you get it, really truly get it – not just on an intellectual level, but at a deep emotional, spiritual level – your world changes. You no longer blame your circumstances on other people, and you see the opportunity in every challenge and situation.  The world unfolds in front of you, and becomes a place of unlimited opportunity.