Biblical Giving – How to Give, According to Scripture 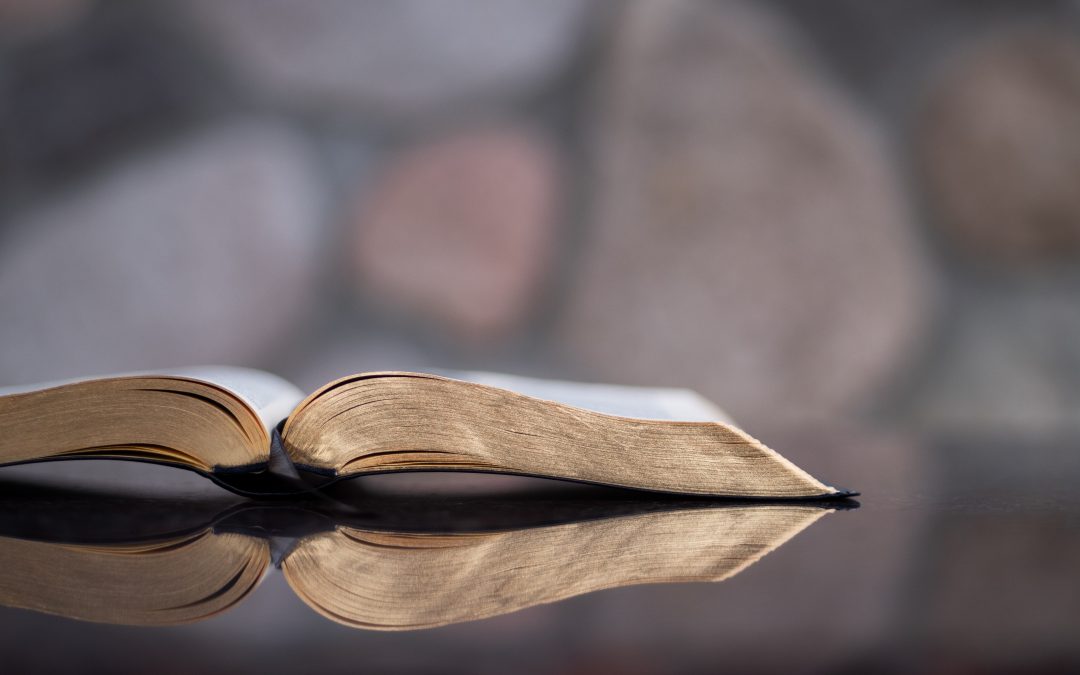 Every Christian understands that there are certain fundamentals of the Christian faith, and that ‘giving’ is one of them. And while we have all heard lots of sermons about the need to give, and give generously, very few of us have heard any teaching on an important aspect of biblical giving – “To whom should we give?”  And, “How should we give it?”

Granted, most of the teachings we have heard on giving have come from pastors who have a vested interest in being on the receiving end of the gift, so that the answer to the question of to whom we should give is often presumed.  The presumption is that we should give to the local institutional church.  But, is that scriptural?

That’s a question that very few Christians have ever asked, and one which has a tremendous potential impact, both on the giver as well as the recipient.  Let’s do a deep dive into scripture to gain some clarity.

When we think of biblical giving, one of the favorite verses to quote is Malachi 3:10. This oft-quoted passage really speaks to the giver’s heart and the amount of the gift, but that isn’t the question here.  We are not, in this post, considering those issues. Instead, we are focusing on the ‘giftee.’  “To whom, or to what, should we be giving?”  And, “How should we give it?”

There are several passages in the New Testament that shed light on that.

I Corinthians 9:1-14 speaks to the issue.  In this passage, Paul asserts that he and Barnabus, being itinerant apostles/evangelists, have a right to be supported by the folks they disciple. They just chose not to exercise that right. So, clearly, we have the apostles teaching that it is appropriate for Christians to support the itinerant evangelists who disciple them.

II Corinthians 8 & 9.  In this passage, Paul encourages the Corinthians to give more. It includes the other most often quoted passages on giving, verses 7 & 8: “Each of you should give what you have decided in your heart to give, not reluctantly or under compulsion, for God loves a cheerful giver.  And God is able to bless you abundantly, so that in all things at all times, having all that you need, you will abound in every good work.” The only problem is that the verse really doesn’t speak to the question – give to whom?  But, the next verse does, as Paul quotes Psalm 112:9:” They have freely scattered their gifts to the poor; their righteousness endures forever.”

I Timothy 5:17 – 18 teaches that the elders within the local church can also be supported.  Elders, as I’m sure you know, are always plural, were raised up within the local group of people, and meet the qualifications listed in I Timothy 3 and Titus 1.  Most pastors are not Biblical elders.

Galatians 6:6-7 continues to expand on that theme, indicating that we should share “all good things” with the people who teach and disciple us.

Romans 15:25-28 introduces an additional ‘approved’ focus for gifts.  In this passage, Paul describes the gift to the poor Jewish Christians that some other Christians had made.  While this passage is descriptive, not prescriptive, it’s not a big leap to see that giving to other poor Christians is encouraged.

James 1:27 expands on this theme: “Religion that God our Father accepts as pure and faultless is this: to look after orphans and widows in their distress and to keep oneself from being polluted by the world.”  While “look after” implies a greater relationship than just money, certainly giving and supporting orphans and widows is implicit in the phrase.

There is one passage that speaks specifically to the question of who should be the recipient of biblical giving.  I Corinthians 16:1 & 2.  “Now about the collection for God’s people: Do what I told the Galatian churches to do.  On the first day of every week, each one of you should set aside a sum of money in keeping with his income, saving it up, so that when I come no collections will have to be made.  Then, when I arrive, I will give letters of introduction to the men you approve and send them with your gift to Jerusalem.”

So, the one clear, unambiguous teaching in the New Testament about giving says exactly the opposite of “you are required to give your tithes to the church.”  It says that you shouldn’t give it to the church, you should save it every week, and then make one gift of the saved-up money when the opportunity is right.  The ‘giftee’ in this case is the suffering Christians in Jerusalem.

Let’s consolidate what these passages teach about biblical giving:

It is appropriate to support itinerant apostles/evangelists, the elders among you who oversee the congregation, those who disciple you, and others in need, particularly needy Christians and orphans and widows.  You are not necessarily to give it regularly but save it up and make personal gifts when the opportunity presents itself.

In spite of this direction from the New Testament writers, a lot of people just decide to give their gifts to the local institutional church, accepting the teaching they hear from the pulpit without ever questioning it.  Therefore a lot of people believe they are “required to give your tithes to the {institutional} church.”

The people who most convincingly proclaim this message, are, of course, those who have a vested interest in receiving it.

There are a couple of problems with that. First, you are giving your gift to someone who then decides what to do with it.  This intermediary step creates a distance between you, the giver, and the person receiving the gift; makes the gift seem impersonal; and robs the transaction of some of its spiritual power.  Additionally, it puts a lot of pressure on whoever is running the congregation to make decisions for someone else’s gift.

And, while a case can be made that giving supports the pastor, the problem is that typically institutional churches spend most of the money on a lot of other things that aren’t on the ‘approved list.’  For example, typically a large percentage of the income goes to pay off and maintain the church building.  The New Testament knew nothing of this.  In his book, Pagan Christianity, George Barna traces the use of church buildings to the pagan practices of Constantine in 300 AD.  Church buildings are man-made entities that serve to siphon money from the biblical uses of it to something else.

As someone who has spent some time in Africa and Latin America, I am personally aware of what an impact a few hundred dollars can have on someone’s life. With that in mind, I almost became physically sick when I heard the pastor of a church, I was visiting announce a fund-raising drive to gather $600,000 for a new AV system in the auditorium.  On one hand, we can give to the poor and needy, on the other we can upgrade the AV system. Which is more in tune with the guidelines for biblical giving?

In addition to diverting money to the support and maintenance of the building, some portion of the income typically goes to support the denominational bureaucracy. And, of course, denominations are clearly denounced in the Bible (I Corinthians 1:10-17; John 17: 20 – 23).

An Alternate Approach – Biblical Giving in my household

After having studied the issue several years ago, my wife and I decided to follow this path – which we believe accurately follows Paul’s direction in I Corinthians 16:1 & 2:

Out of every piece of income, we immediately set aside a pre-determined percentage, and deposit that into a separate checking account we have named the ‘give’ account.  This follows Paul’s teaching “to set aside and save…”  Then we actively search for individuals who have needs that we can fill with a gift of money.  Following the pattern in the New Testament, we try not to make gifts to institutions, but rather directly to individuals.  As much as possible, we try to make the gifts anonymous and to do so in the name of Christ.

We have a rule that both of us should agree on the size of the gift and the person to receive it.

We have seen these gifts have a dramatic impact on the individuals who receive them. There is something poignant and powerful about one person giving a gift in Jesus’ name to another individual, without the intervention of an institution.

In addition, it keeps our antennas tuned to the needs of people we encounter.  The personal involvement is much more fulfilling than in the days when we mindlessly wrote a check to the local institutional church.

Let’s just imagine, for a minute, what would happen if just 10% of the church-going Christians in this country decided to give scripturally. Probably several hundred million dollars would be re-directed from church buildings and professional staff to directly impacting the poor and needy.  While some pastors may have to get jobs, and some congregations merged with others, image the impact for the cause of Christ.  Literally millions of hurting, needy people would receive personal gifts from people who knew them – gifts made in the name of Christ.  How many of them would respond to this personal act of Christian love and turn toward a relationship with our savior?

That one act alone might be enough to start a groundswell of activity in this country that could result in a revival and a reversal of the trend toward anti-Christianity in the culture.

Here then, is one person’s opinion. “To whom should you give your gift, and how should you do it?” Are you required to give your tithe to the local institutional church, as most Christian believe?  No. In fact, the overwhelming weight of New Testament teaching supports just the opposite.

Your giving should be personal, directed by the Holy Spirit, and in keeping with the examples and directions in scripture. Giving to the local institutional church violates these guidelines. Do exactly what Paul commands us to do:  Save up, every week, some portion from that with which you have been prospered.  Then, seek to make personal gifts in accordance with the guidelines described in the New Testament.

In the last few decades, the institutional church system has spent 530 Billion dollars, has not expanded the percentage of Christians by even one percentage point, and has lost the culture.  Isn’t it time thoughtful people asked some questions? (WAS-136)