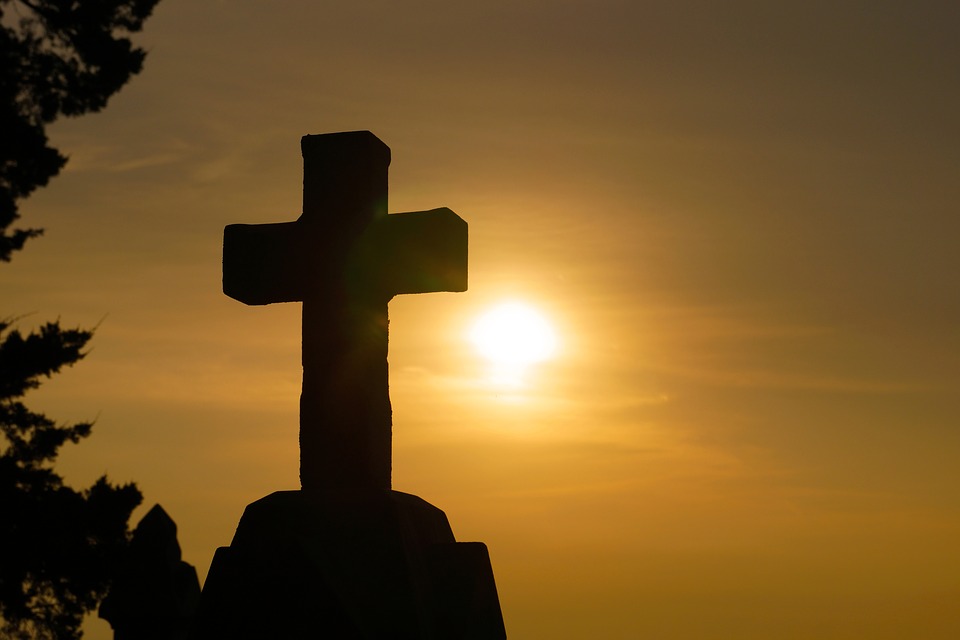 A few weeks ago, we met our new neighbor.  “Don’t try to convert me” she emphatically declared, “I don’t want anything to do with church.”  That reminded me of an earlier conversation with another neighbor, who told the story of the days when he had been involved in a church. “I was on the finance board,” he told me, “and left because it was corrupt.  Never been back to a church since.”

These were just two of my more recent stories, but I’ve heard similar stories dozens of times. I suspect that everyone reading this has at least one comparable story – someone who equated church with Christianity, found it lacking, and thus rejected Christ.

What we’ve all noticed in our lives is validated by more objective data. In his book, unChristian, David Tinnaman shares some remarkable data.

…in America the vast majority of people (even outsiders) are exposed to the message of Christianity many times throughout their lives – in churches, via media, through their friendships, and so on. For instance, among non-Christian ages sixteen to twenty-nine – that is, atheists, agnostics, those undecided about their faith, and individuals affiliated with other faiths – more than four out of every five have gone to a Christian church at some time in their life (82 percent).  Most of these attended for at least three months. (p. 74)

Let’s Consider This about Churchianity

Based on research, most of those outside of the Church – 82% of the non-Christians between the ages of 16 to 29 – have attended a Christian church at some time in their lives!  Halleluiah!  We are getting them into the churches!  That’s an incredible statistic.

The problem is that what happens there so turns them off that they are lost to Christianity for the rest of their lives.  They equate church with Christianity, and find church to be disagreeable, and so reject Christ.

It’s like we are vaccinating them from ever considering Christ again.  A vaccination is made from dead and powerless organisms, that when injected into our body prevent us from contacting the real thing.  That’s exactly what we are doing to the lost around us.  We bring them into our churches, and it turns them off.  They equate church with Christianity and then become immune to the real power of Christ.

Most outsiders have grown up around Christians; many have given the “Jesus thing” a thorough test drive; a majority have tried churches and found them desperately lacking relevance. (p. 77)

While few people are willing to acknowledge it, the research and our own personal experience indicates that church turns people off.

The most common response from the religious establishment is to argue for superficial adjustments: “We need better music, a more eloquent pastor, a hipper youth minister.”  Unfortunately, we’ve had generations of ‘improvements” and yet the percentage of Christians in this country continues to decrease.  The problem is deeper and more systemic than just an adjustment in the superficials.

Churchianity urges you to evangelize by inviting interested friends to ‘come to church.’ Once there, they are pressured to attend all the services and engage in all the programs and activities and thus, they maintain, grow as a Christian.  In a big church, one can be busy with church-related activities every day of the week.  It’s a formula that seems to work for a small percentage of the population.  Christianity, on the other hand, emphasizes personal testimony and relational evangelism.

Churchianity claims that the way to spiritual growth is through involvement in the services and program it offers. Christianity emphasizes a personal relationship with Christ and personal leading of the Holy Spirit.

From all but the most subjective and biased perspectives, the institutional church system has failed at its number one task: ‘making disciples.’  Despite over $530 Billion dollars spent on ‘church,’ the percentage of Christians in the US is smaller than at any time in recorded history and shrinking regularly.

“But,” some of you are thinking.  “We have to go to church.  How else will we be ‘fed’?  If we didn’t have pastors teaching us, how would we grow?”

There was a time when I believed it, too.  The problem is, for the most part, Christians in the institutional church don’t grow.  Christianity does not impact their lives in any observable way.

Now, I understand that you may have grown as a Christian.  You may have a small group of friends or church-going colleagues who have also matured spiritually.  So, your perspective is formed by those closest around you. Granted that there are, in every congregation, a small percentage of people who are impacted and transformed by Christ.

In virtually every study we conduct, representing thousands of interviews every year, born-again Christians fail to display much attitudinal or behavioral evidence of transformed lives.  For instance, based on a study released in 2007, we found that most of the lifestyle activities of born-again Christians were statistically equivalent to those of non-born-agains.  When asked to identify their activities over the last thirty days, born-again believers were just as likely to bet or gamble, to visit a pornographic web site, to take something that did not belong to them, to consult a medium or psychic, to physically fight or abuse someone, to have consumed enough alcohol to be considered legally drunk, to have used an illegal, non-prescription drug, to have said something to someone that was not true, to have gotten back at someone for something he or she did, and to have said mean things behind another person’s back.  No difference. (p. 47)

In drilling down deeper into this phenomenon, Kinnaman examined sexual attitudes:

One study we conducted examined American’s engagement in some type of sexually inappropriate behavior, including looking at online pornography, viewing sexually explicit magazines or movies, or having an intimate sexual encounter outside of marriage.  In all, we found that 30 percent of born-again Christians admitted to at least one of these activities in the past 30 days, compared to 35 percent of other Americans.  In statistical and practical terms, this means the two groups are essentially no different from each other. (p.47)

While the Barna Group’s research results are one thing, I believe that each of us have a personal observation that supports his conclusions.  We all know people who claim to be “born-again,” attend the worship services with regularity and yet live lives that fail to show any kind of Christ-like influence.

And, while it’s convenient to focus on that small percentage of people at the front of the auditorium, whom the institutional church seems to have touched, no one keeps track of the dozens in the back who are turned off by the event, and never come back. These people erroneously believe that church equals Christ, and if they can’t tolerate church, that must be that Christ is lacking for them.  They believe that because we’ve taught them that.

The sad reality is that by substituting churchianity for Christianity, we have failed in our fundamental Christian tasks — to evangelize the lost and to transform the lives of the saints.

Image the ICS were a business that burned through $530 billion dollars, produced an inferior product and lost market share. How long would we allow that entity to exist?  The solution would not be a new branch manager, nor an imaginative logo. We would recognize that there was something inherently and deeply flawed about the business model.  We would put that business out of its misery, toss it onto the pile of really bad ideas, and move on.

Isn’t it time we did the same with churchianity?  Isn’t it time that we left the institutional church system and embraced Christianity in its place?

In Is the Institutional Church Really the Church?  I offer a step-by-step approach to extricating yourself and your family from churchianity.