How I Left The Institutional Church 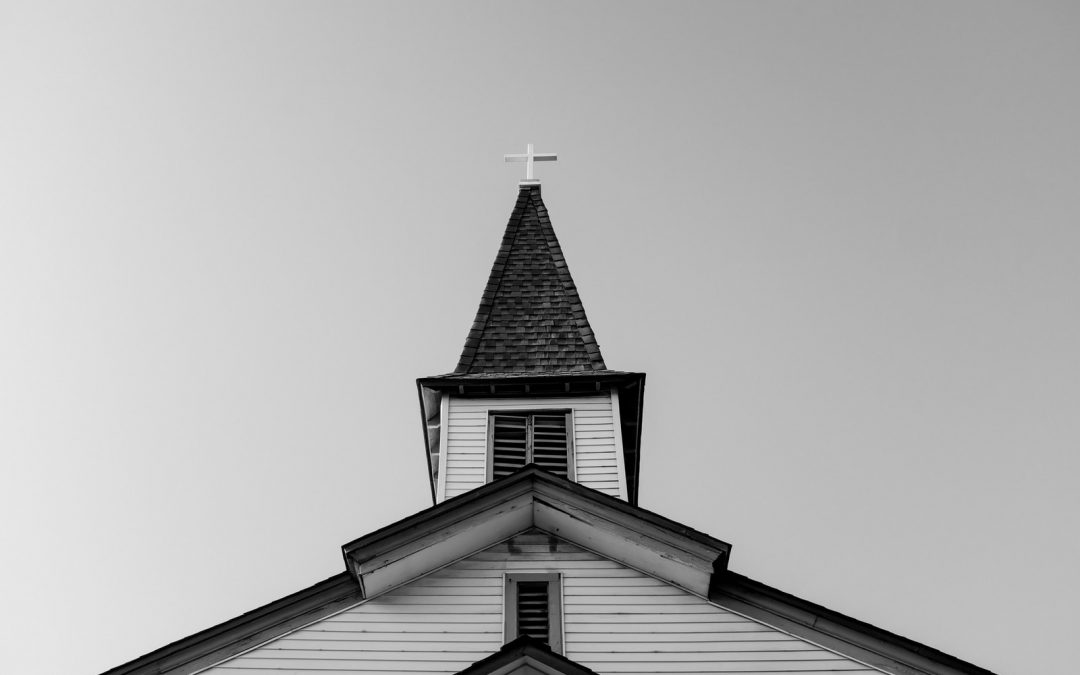 I was converted to Christ at age 24.  My spiritual trajectory after that was probably pretty much like a lot of folks.  I meshed into the church culture quickly and fell into the expected routine of attendance three times a week – Sunday morning, Sunday evening, and Wednesday evening.

I grew quickly, and since I was educated to be a teacher, I soon found myself teaching Sunday school classes – at first for teenagers and later for adults.  While I didn’t recognize it at the time, the seeds of discontent with the institutional church were being sown even then.

I remember looking at the subject of alcohol usage in the Bible in the teenage class, and concluding the Bible doesn’t condemn alcohol usage, but rather condemns drunkenness.  I got called in to face the elders on that one.  It didn’t matter what the Bible taught, I was told, this church doesn’t condone alcohol use.

Later, in teaching an adult class, I remarked that Colossians 3:22  (Slaves, obey your earthly masters in everything; and do it, not only when their eye is on you and to curry their favor, but with sincerity of heart and reverence for the Lord.)  taught a principle that should be applied to employees and employers.  The congregation was in the Northern suburbs of Detroit, and the elders were all union members at the auto factories.  Again, I was told that the verse didn’t apply to them, that the union was the go-between, and that they had to follow the dictates of the union.

At one time, the congregation to which we belonged was between pastors.  I taught the adult Sunday school class.  Now, to put this in perspective, I have a B. Education, and M.A. in teaching, and was rated as a “Master teacher” in the few years that I spend working for the public education system.   On the day that the new pastor was hired, he approached me prior to the worship service, thanked me for teaching the adult class, and indicated that he would take over. I had the distinct feeling of being a second-class Christian.  I was the B team, and now that the A team had arrived, I was relegated to the bench.

After we moved to Grand Rapids, we found a small independent congregation and were soon sucked into major roles.  I began teaching the adult Sunday school class, and Coleen, my wife, took over the crises counseling.  Within a few months, I was made an elder.  This story is told in much more detail in my book, Is the Institutional Church Really the Church?  The short story is that the pastor announced at a meeting one day that “We were going to be part of a family event.  We could either birth a new congregation or be part of a nasty divorce.”  The choice was up to us.  He had been maneuvering behind the scenes and had a third of the congregation ready to follow him.  That was on Thursday.  On Sunday, they were gone.

At this point in my life, that was the most underhanded, manipulative, and deceitful thing I had ever had done to me.  That is until we trusted a couple of missionaries.

This story is told in more detail in another of my books, The Heart of a Christian Sales Person. During these years, Coleen and I made 10 self-funded short-term mission trips to South Africa.   The short story is that we were set up, manipulated, lied to, and lied about by the two people who ran a small mission organization – all in the name of keeping the mission effort pure and untainted by a business person.

My bible study was leading me to shun the institutional enterprise and look more favorably on house churches. The more I studied the New Testament, the more I found the practices and organization of the institutional church to be man-made – not at all what the Bible teaches.   Shortly thereafter, we left that congregation and began looking for a house church.  Eventually, we organized a house church and were a part of that for 4 or 5 years.  At this time, I came across the book, The Open Church, by Jim Ruitz, and that opened my eyes to the burgeoning house church movement.

For a number of years, Coleen and I were the Michigan representatives for the Open Church ministry.  We held a couple of state-wide conferences and helped a number of house churches start around the state.  Eventually, that organization ceased to exist.

We started looking for a church to attend.  In the next couple of years, we probably visited 10 – 30 churches in Grand Rapids. Sometimes it was just a one-time visit, and others would last for a few months.  None of them seemed to fit.  Eventually, we stopped looking, concluding that it was not the individual church that was the problem, it was the institutional church system.

That was four or five years ago.  I haven’t been back to an institutional church since, and cannot imagine any circumstances in which I would.

Since leaving the institutional church, my spiritual life has become transformed.   I have a sense of the fog lifting around my spiritual acuity.  I see things now that I never saw before.  I have more and closer relationships with mature Christians than at any time in my life.  My prayer life has blossomed, and I have a relationship with God that I did not think was possible in my IC church days.

I see that God had orchestrated many of the events in my life to bring me to this point.  As a writer, I felt compelled to write about – not only the Institutional Church — but the paradigms that hinder our spiritual growth in so many ways and of which we are generally unaware.

I have written 12 business books previously and several of them have found worldwide markets.  In addition to this blog, I have written Is the Institutional Church Really the Church?,  The Heart of a Christian Sales Person, and my most recent book, The Good Book on Business.  I spend much of my time encouraging others to question the beliefs that keep them in the institutional church and helping business people transform their businesses into Kingdom entities.

Tell your story.  Email it to us at info@davekahle.com.