Are You Searching for Significance? 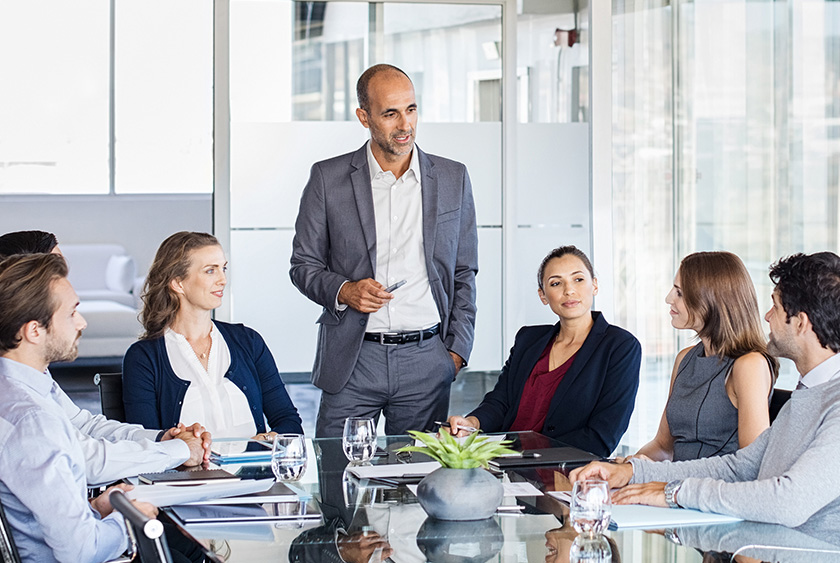 Deep in the heart of almost every Christian business person is a restless yearning to be significant – to make a mark, to have an impact, to accomplish something of importance.

While that yearning is hard-wired into the biology of most of us, it takes on a new shape and a deeper dimension when we become a Christian.  We now see the world differently and recognize that we live within a spiritual realm of which we were previously unaware.  The yearning, which was previously focused on accomplishment, power and recognition, morphs into a yearning to impact people spiritually. We recognize that when we touch a person and nudge them closer to a relationship with God, our actions can have eternal consequences.

Significance, then, for a Christian business person, becomes defined by the people we impact, as opposed to the accomplishments we check off in a worldly sense.

That yearning for spiritual significance grows with age and maturity.  There is a time in our lives when we are just too busy to give much space to the idea. Jobs, kids, spouses – the tactical issues which fill our days and occupy our time and drain off our energy – leave little room for the contemplation of the deeper urges. As we grow, mature and slowly settle the urgent clamour in our lives, we naturally free up space to allow our deeper cravings to bubble to the surface.

We see this phenomena often in the people around us. It is common for accomplished business people to begin to give their earnings away in their 60’s and 70’s. They fund charities, endow universities, and invest in the arts.  Christian business people often become involved in non-profits, donate to the ministries that catch their eye, and become more active on religious boards and meetings.

These common efforts have a foundation in an idea that significance if found in  something else. We made our money ‘here’, but we need to give it to ‘there’ to achieve some level of significance.  We may have been successful ‘here’, but to be significant we have to invest time and money ‘there’.

For the Christian, ‘there’ is often defined by some effort of the institutional church system.  So, in order to feel some sense of significance, we donate time and money to the organizations that appeal to us.

This idea is, of course, fully supported by the benefactors of our impulses – the people who make their living from institutions, denominations and ministries who rely on that completed impulse to provide their livelihood.  Naturally, then, those who have a vested interest in proliferating the idea that significance is ‘there’ and not ’here’,  do, in fact, proliferate it.  We hear it supported, sometimes tacitly and sometime overtly, in the sermons we hear from the pulpits on Sunday and the conversations we have with like-minded folks with whom we interact during the week.

The idea of significance being ‘there’, then, takes on the status of unquestioned truth, an idea so universally accepted that no one would even think to question it.  It is like our unquestioned acceptance of the 40,000 + denominations in evangelical Christianity.  In spite of clear unambiguous condemnation of the situation in the Bible, in spite of the negative impact on millions of people, we just accept it without question. The situation is too big, too universally accepted for any one person to question.

A different view of significance

But, what if significance were not found ‘there’?  What if it were ‘here’ all the while?

What if, instead of significance being something we strove for in our later years and understood almost always involved something or somewhere else, we realized that significance was resident in the here and now?

What if we realized that significance it is not a matter of some future donation, but rather a function of a present shift of attitude and intention?

Well then, we would realized that we are, right now, in the place we are in – the jobs we have and the businesses we run – significant.

Significance is not something to strive for in the future,  it  bubbles up out of a transformed view of our circumstances  today.

While you contemplate that possibility, let’s dig in a little deeper.

The Oxford Dictionary defines significance this way: “the quality of being worthy of attention; importance.”

Merriam-Webster defines it like this:  a quality or aspect having great worth;  implies a quality or character that should mark a thing as important but that is not self-evident and may or may not be recognized.

With that understanding tucked into the back of our minds, let’s see what the Bible has to say about it:

Colossians 4: 23:   Whatever you do, work at it with all your heart, as working for the Lord, not for men, since you know that you will receive an inheritance from the Lord as a reward.  It is the Lord Christ you are serving.

According to scripture, our work and our business fall into the category of “whatever you do.”  As such they are so important, of such consequence, that, when we do them with the right motives and strive to do them well,  the Lord himself will reward us with an inheritance for our effort. It is Christ who tells us our work is important, of consequence, and significant.  So significant, in fact, that he will personally reward us with an inheritance.  In spite of all the conversation otherwise, scripture clearly indicates that significance comes from our attitudes and actions relative to the here and now, not something to strive for later.

1 Peter 2:9:      But you are a chosen people, a royal priesthood, a holy nation, God’s special possession, that you may declare the praises of him who called you out of darkness into his wonderful light.

What could be of greater significance, of more importance, of greater consequence, than being “God’s special possession’ – chosen by him, made holy, raised to the level of royalty, and provided direct access to him?

There are multiple other verses with similar themes.  The point is this: If you are looking for significance, look around you and change your view.

You are already significant!