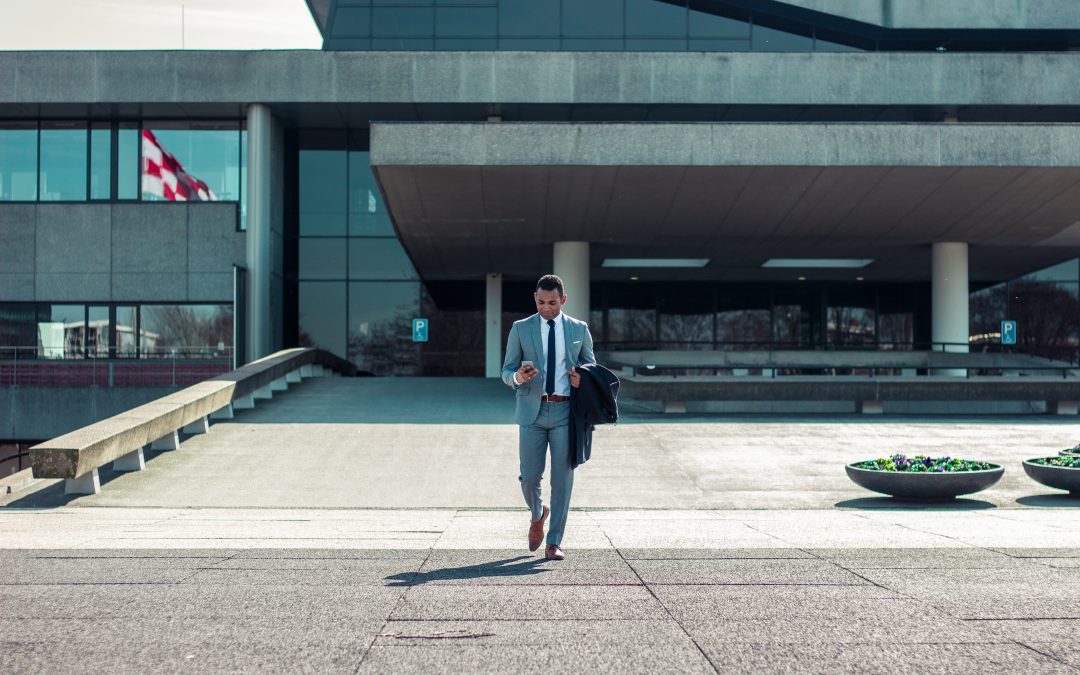 That question may seem trivial.  But the answer can actually have a life-changing impact on you as well as profound implications for the Kingdom.

If there is no such thing as a Christian business, and there are only Christians in business, then it is easy to fall into a very common mindset.  The mind-set is this:  The only spiritual and significant work is done under the auspices of the institutional church system.  Therefore, if you are a business owner or influential person inside a larger organization, your life as a Christian business executive has no particular impact beyond what would be expected of any ‘lay’ person.  Since the work done inside the establishment of churches is “special, significant and holy,” all other work, including yours, must, therefore, be “ordinary, insignificant, and secular.”

This has been the predominant mindset among the established religious structures for generations.  It leads to the often-voiced idea that the only purpose for Christian businesspeople is to make money to give to the institution. While this mindset is slowly losing credence among this generation, it is still held by the majority of priests and pastors.

I’ll deal with the incredible consequences of this mindset a bit later on.  Before I do, let’s look at the implications of the second part of that question – the idea that there is such a thing as a Christian business.

It is possible for a Christian business owner to lead a compartmentalized existence – being pious and active in the local institutional church, while content to remain in the ‘Christian closet’ and under the radar screen in the marketplace.

So, is there really such a thing as a Christian business, or is it just a conceptual shift in one’s mindset, and doesn’t exist in reality?

When I was doing the research that eventually led to the writing The Good Book on Business, I asked and searched for the answer to a very similar question.  The question that prompted my deep dive into the scriptures was this: Does God recognize a business as an entity, separate and apart from the individuals within it?

There is lots of precedent for asking the question.  God regularly refers to groups of people as if they had a standing as a unit that was greater than the sum of the people within it.  You’ll remember that He speaks of the Hebrew tribes as having unique sets of characteristics.   He talks about nations as if they were a single entity and uses the same kind of language when speaking of cities and churches.

So, with that realization as a background, what about businesses?

What I discovered was far greater and larger than anything I could have anticipated.  I discovered the biblical concept of a household.  This is, in God’s eyes, the fundamental economic unit of society and the building block for nations and His kingdom.

There is, among the religious establishment, the prevailing view that a household is a family, and therefore of no particular economic impact.  That view is one of those beliefs that fit into our Western Christian world view and seems so easy to accept.

The problem is that it has no biblical basis.  The Bible consistently portrays a household as an economic unity – in our 21st-century terms – a business. In The Good Book on Business, I cite a number of passages that convey that idea.  I have space for only one here:  Genesis 14:14 “When Abram found out that his relative had been captured, he called out 318 trained men who had been born in his household and went in pursuit as far as Dan.”

You may recall that, at this point in his life, Abram’s family consisted only of his wife Sara.  Yet, his household was large enough to produce “318 trained men.”  How many untrained men were there in his household?  How many mothers, sisters, fathers, and younger and older brothers?  His household consisted of thousands, while his family only contained Sara.

Digging deeper into the scriptures uncovered a number of characteristics of a Biblical household that directly apply to modern businesses. For example,

My conclusion? There is such a thing as Biblical business, and it is called a household. It is the foundational economic unit for mankind, established by God, and one of the most powerful forces in the Kingdom.

The reason few have discovered that Biblical teaching is that we never looked.  It has been there for thousands of years, yet we were content to believe the lie that spirituality and business don’t mix.

The consequences of believing that there are only Christians in business and that they can be comfortable by compartmentalizing and separating their church involvement on Sunday from their marketplace efforts the rest of the week – that is one of Satan’s greatest coups.  By spreading that lie, he has kept millions of Christian businesspeople on the sidelines.

A Christian in Business

Realistically, you can certainly be a Christian who happens to be in business.  Millions of Christians fit that description.  It keeps you on the sidelines, and provides a comfortable, easily justified excuse for remaining in the Christian closet.

While you can do it, you ought not to.

If you own or run a business, or are in a position of significant influence, you have the opportunity to take a proactive step and begin the process of turning that business into a powerful kingdom entity – a household dedicated to channeling God’s grace and furthering the kingdom.

The need for you to step up has never been greater, as we see forces of evil penetrate our world like never before in our lifetimes.

As Mordecai said to Queen Ester:  And who knows but that you have come to your [royal] position for such a time as this?

The time is now, the place is here.  It is time to step up and take the reins of that spiritual household which is your business.

Want to dig deeper into this idea?  I suggest these posts:

Article — Are You in the Christian Closet?  https://www.thebiblicalbusiness.com/christian-closet/

Podcast —  Is it enough to be active at church and honest in business https://www.thebiblicalbusiness.com/is-it-enough-to-be-active-in-church-and-honest-in-business/

Podcast – Three practical steps to begin to realize the spiritual potential of your business. https://www.thebiblicalbusiness.com/three-practical-steps-to-begin-to-realize-the-spiritual-potential-of-your-business/