Impacting the Community Through Christian Marketplace 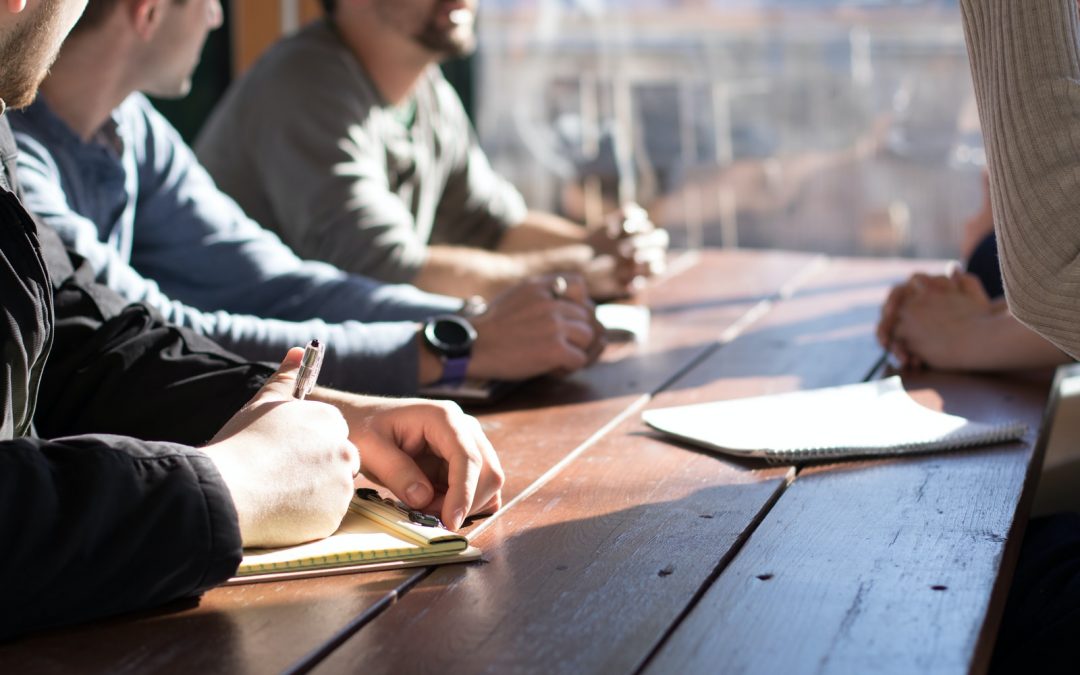 As Christians in the marketplace, we all understand the concept of stewardship – that our jobs and our businesses belong to God, and we are temporary stewards of them.  Our responsibility, as a significant entity in the community, is to follow God’s leading and make the most of the resources – the people, the products, the customers, the systems, the money that come together in our jobs and businesses – that we have been given to manage.

That concept is best described in the parable of the bags of gold, taught in Matthew, Chapter 25.  You will recall that three stewards were given temporary oversight over different amounts of money while the master was away.  When he came back and called for an accounting, the servant who had not increased the master’s wealth was cast out of the household, while those that had increased his wealth were given greater responsibilities and a closer relationship with the master.

The lesson, for those of us in the marketplace, is that we should grow the assets we have been given to manage.  And if we are successful, we will be given greater responsibilities and a closer relationship with God.

For some of us, we understand that to mean that we should strive for excellence in our jobs and businesses, and thereby take them to higher levels of performance. This is a fundamental charge for a Christian in the marketplace and can occupy a great deal of our time and attention.

Then there are those who understand that money is not the only measurement of a business’s success.  That a business or career is a temporary gift from God, and that He should be acknowledged and given credit as the enabler of success.  These folks often add an acknowledgment of God in their vision and mission statements, add scriptural verses to their websites, and become less and less shy about acknowledging the role of God in their marketplace.

At some point, they seek to intentionally be a conduit of God’s grace, love, and provision to their employees.  Folks operating at this level develop care plans and spend time and money caring for their employees.   As they grow in their understanding of their role in the Kingdom, they adopt the same attitude toward their customers, vendors, and other stakeholders in the business.

This progression, from seeing business as simply a means to make money, to understanding it can be a powerful force for good in the Kingdom is typical. You may want to review my free e-Book “The Biblical Business Assessment” which describes the process and provides a self-assessment for you to determine where your business is on the spectrum.

If you have arrived at that point – where you see your career or your business as striving for excellence, extending God’s love, grace, and provision to those you touch, and acknowledging His place in all of this – is that sufficient?

Is that all there is?  Or is that yet another level of impact available to the successful Christian professional or businessperson? Should we be salt and light beyond our own spheres of influence? Employees, OK. Their families, OK.  Vendors, customers other stakeholders, OK.  Is there anything above and beyond that?

I’d suggest that there is yet one more layer of impact and influence to which a Christian in the marketplace can aspire. And that is extending your reach and impact into the community at large, above and beyond those within your current arms reach.

This effort can manifest itself in a multitude of ways. Here are just a few off the top of my head.

I can go on and on with examples.  The list is endless.

They have in common this:  That the Christian professional or businessperson understands that his career and /or business are gifts from God, that the way to fulfillment and success is to actively seek to bring Him in to the business in ever greater degrees, and that the business is a powerful force for good in the community.

With a belief in this position, the Christian businessperson naturally seeks out ways to influence other businesses and other people with that message.

Imagine what might happen if just ten percent of the Christian businesspeople and professionals decided to reach out into the community and touch it with the grace and provision of God.  Here’s a section from Chapter Twelve of The Good Book on Business which unpacks that idea:

In every industry, geography, and people group, the proliferation of Christian business would bring salt and light into the darkness.  By setting standards of integrity, concern for human beings, and ethical conduct, Christian households would draw the attention of people from every sphere – politicians, investors, customers, vendors, and neighbors.

Christian businesses would establish themselves first in the area which is of primary concern to every human being – the physical world of food, clothing, and shelter. They would be a beacon for everyone that they touched.  As those in their spheres of influence saw the spirituality that produced the organization and its practices, they would be attracted to the source – Jesus Christ.

The worldwide church would grow, both in numbers, as the lifestyle became attractive to people, but also in-depth and mature.  New converts, instead of being left on their own, would already be surrounded by role models, mentors, and leaders in the Biblical business which employed them.  They would grow in the Lord as they interacted with those around them.

Economies would be stabilized and grown.  Because the heads of households would be guided by the scriptures, they would use debt far less than their non-Christian cohorts, thus buffering them from the more dramatic impacts of the up and down business cycle.

They truly would be beacons of light in the darkness.

The culture would be impacted. Just as the gay rights movement – a mobilized small minority of people — was able to change the cultural perceptions in 20 years or so, Christian businesses, a much larger group, could impact the cultural perceptions of Jesus Christ and the Kingdom of God.  Christianity would no longer be perceived to be about the institutional church, rather it would be about the reality of the Kingdom touching people where they lived.

Christ would gain influence. Christian business would impact people first economically through a job or transactions flavored with Christian ethics.  Then they would impact the culture socially as their ethics and Christ-centeredness attracted people to their lifestyle.  As the influence of these businesses expanded, the culture would be seasoned with the salt of the Kingdom.  The passages commanding us to be salt and light in the world would take on a whole new level of meaning and significance.

Just as it did in the first generation following the resurrection, Christianity, expressing itself through businesses, would evidence itself as an alternative lifestyle.  But in a world characterized by darkness and confusion, that alternative lifestyle would be attractive and would grow until it impacted the culture, bringing God’s light to the world.

There is not a societal problem today that could not be significantly alleviated by the culture and lifestyle of the Christian business.  It could be the solution to our most pressing economic and cultural problems.

Being public with your Christianity, and intentionally seeking to impact others above and beyond our own households is a relatively new concept for many Christian businesspeople. Because the majority of Christian businesspeople remain inwardly focused, literally millions of people, across generations and geographies, have been denied a glimpse of God’s love and providence. While God intended Christians to be salt and light in the world, those Christian businesspeople who remain focused inwardly withhold that salt and light out of fear of the consequences. Who knows how many people could have been exposed to God’s love and salvation through the life example of a colleague who was not afraid to be who he was?

Over the last 20 years or so, we have seen a decrease in the percentage of the population who claim to be Christians.  Today, Christians are a minority of the US population. Certainly, Christian businesspeople have had some responsibility for that decrease.

Every Christian business and every Christian professional has the opportunity to impact people above and beyond his/her daily sphere of influence.  The starting point is to simply make the decision to reach out. The only thing that stands in the way of you stretching into a greater level of impact is you.