Spiritual warfare, adversity and your business 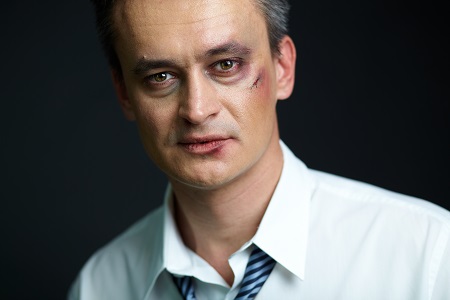 Frustrated with your business?  The cause may be spiritual warfare in your business.  It comes with the territory of being an effective Christian business person.

“What on earth is going on?”

That’s the question I shouted to myself in reaction to the latest setback. I was a relatively young Christian and was attempting to put together a video training course for Sunday school teachers.

Nothing went smoothly.  Recording sessions were unexpectedly postponed.  Key people didn’t show up.  Equipment didn’t work.  People who were supposed to deliver on time didn’t.  Vendors didn’t meet their deadlines.  It was one unexpected setback after another. I grew frustrated and eventually shouted my frustration out.

The answer to my question was a principle that I have since witnessed over and over again.  In my life, whenever I was starting something that had the potential to be a force for the Kingdom, I’d experience a deluge of setbacks – committed people would back out of their commitments, there would be unexpected costs, software wouldn’t work correctly, computers would malfunction, the family would have health issues, etc.  It seemed like the world was conspiring to throw the new effort off course.

Coupled with the setbacks was a debilitating sense of fear, dread and guilt.  I would doubt my ability to get the thing done, I would question the purpose of the project and I would feel unworthy and unable to finish it.

It has happened so frequently that I now expect it.

On the other hand, when I was starting a new thing that had little spiritual impact – a new sales territory, for example, or onboarding a new salesperson, developing a new product, etc., things would go relatively smoothly and according to plan.

What was it that caused so much difficulty for the Kingdom efforts? And, was it just me, or is this a principle that impacts all Christian business people?

I’ve come to understand that there is a force at work, that it is predictable, and that it serves to harass Christian business efforts.

The force is known as spiritual warfare.  That’s the concept that Satan is real, has hatred for anything related to Jesus Christ, and will use whatever he can to throw obstacles and hindrances in the way of any effort designed to further God’s Kingdom.

Being a Christian business person almost guarantees that your path will be strewn with obstacles designed to cause you to stumble and lose focus.

While I came to understand this principle from my own life, the Bible clearly teaches the same principle.

8”Be sober and vigilant. Your opponent the devil is prowling around like a roaring lion looking for [someone] to devour.”  I Peter 5:8 (NABRE)

“I have told you these things so that in Me you may have peace.  In this world you will have trouble.  But, take heart, I have overcome the world.”  John 16:33

“It is a spiritual principle of which we speak.  When the Israelites crossed the Jordan before they entered the Promised Land, they fought only two battles.  Then, after they entered the Promised Land, they fought 39 battles.  The way of the cross is not paved with lilies:  it is paved with grace.  When we seek to honor God in our business life we will be with opposition from the spiritual forces of this world.”

As Christians, we walk around with a spiritual target on our backs.  The dark spiritual forces will seek to hinder our efforts, divert our focus and dissuade us from continuing.  I have found this to be particularly true at the beginning of a new effort.  It is as if Satan understands the potential significance of your new efforts and tries to knock it off course before it has a chance to gain power and substance.

You’ll recall that Christ spent 40 days in prayer and fasting and had to deal with Satan’s temptations – at the very beginning of his ministry.  This is not a new phenomenon – but an age-old strategy of the prince of darkness.

If you are getting frustrated, and thinking that things continue to misfire, understand that is the battle field on which we Christian business people fight.  Hang in there.  The solution is powerful and perfect – bring everything to Christ, expect his grace and power to prevail, and forge ahead.