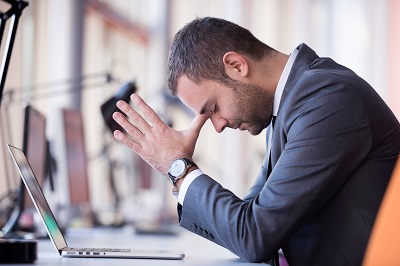 It’s more and more popular to blame other people or some ‘ism’ for your own circumstances.  As long as we claim to be a victim we’ll never achieve our potential. As soon as we accept personal responsibility for our own circumstances, we gain the freedom to change them.

In an earlier career, I took a position selling surgical staplers to hospitals.  It was a leap from the secure job I had to one that paid straight commission, required me to buy my own samples and literature from the company, and provided only six months of a draw to begin.

It was not a hasty decision.  I looked at the amount of existing business in my new territory and determined that if I could double that, I’d be at a comparable income level. Then, anything above that would be an increase in my income.

So, I left my old job and arrived in New York City for six weeks of intensive training on the new one.  During the time that I was there, the district manager who had hired me was replaced.

When I arrived home after the training, my new manager was anxious to meet with me.  In our first meeting, before I had a chance to begin working, he informed me that he had revised the sales territories.  The territory that I thought I had – the one for which I was hired – was not the one I was going to get.  Instead, I was going to receive just a fraction of that territory.

The new territory only contained about 1/3 of the existing business of the previous one.  This change meant my plans for making a living were shot.  It now became an impossible task.

I was upset and angry.  How could they do that to me?

I immediately began to look for another job, determined to quickly leave this unethical, uncaring company.

Things got worse.  As I interviewed several companies, I discovered that they saw me as the problem.  Instead of understanding what the company had done to me, they thought I was an opportunist who was looking for an easy way out.  It became clear that no one else was going to hire me!

I grew more and more angry and bitter.

In addition, I had little success selling the staplers.  After six months, my temporary draw came to an end.  I owed the company $10,000, was making almost nothing, and had no prospects for another job.  I felt squeezed between the proverbial rock and hard place.  I was a victim of a dirty deal.

Then, out of the blue one day, I had an inspiration — It was me!  The problem was me!

Yes, the company had treated me poorly.  Yes, they had been unethical and uncaring.  But, the product was still exciting, and the opportunity still great.  The real problem was my attitude – my bitterness and anger were getting in the way of everything.

I was responsible for my own behavior, my own thoughts, and my own attitude.  When I had the realization that it was me, I felt like a thousand pounds had been lifted from my shoulders.  If the problem was me, then I could change!  If the problem was somebody else, then I was a victim, and powerless to do anything about it.  What a motivational and exhilarating realization.

I began to work on my attitude.  I began to take control of my thoughts.  I looked up Bible verses that were very inspiring.  Verses like, “If God is for you, who can be against you?”  “If you have faith like a mustard seed…” I wrote them down on 3X5 cards.  Then, as I drove into my territory every day along I-96 in Detroit, I held them in my hand on the steering wheel and read them over and over to myself.  Slowly I began to do away with my bitter attitude and replace it with hope and expectation.

My results began to change also.  Things began to go better.  Six months later, I had paid off the debt to the company and was making more money than I thought possible.  The job became more fun, more financially rewarding and more fulfilling than anything I ever expected.

The turning point for me occurred at the moment that I stopped seeing myself as a victim and accepted personal responsibility for my circumstances. It was an important lesson that I was lucky enough to learn as a relatively young man.

Unfortunately, much of the world today have not learned that lesson.   I cringe every time I hear someone claim ‘racism,’ for example, as the reason why their circumstances are less than ideal.  As long as they blame someone else for their situation, they will remain victims, prevented from making positive changes in their character and attitude by their adherence to a mindset that puts the responsibility for their situation on someone else.

It’s is not just the charge of ‘racism’ which has this devastating impact.  It’s every label we put on people that allows us to claim victimhood and avoid personal responsibility.  He/she is a ‘socialist’ or a ‘conservative,’ a ‘progressive’ or a ‘radical’ – and these labels allow us to blame them and avoid the painful process of self-examination instead.

Nor is it just political labels. Labeling someone a ‘feminist’ or ‘supremacist’, a ‘sexist’ or ‘misogynist’ are handy ways of putting people into labeled boxes and blaming them for what is wrong in our worlds and thus abdicating our responsibility to make personal changes.

This tendency to claim victimhood and label people is more prevalent now that perhaps at any time in history.  However, it is not a 21st-century phenomenon.  Blaming others for our situation is a dark trait of human character from the beginning.  You’ll recall that Jesus Christ had some thoughts to share on it:

“Men are often interested in improving their circumstance, but are unwilling to improve themselves, they, therefore, remain bound.”

Isn’t it time that we abided by this age-old wisdom, and stopped blaming everyone else for our own circumstances?