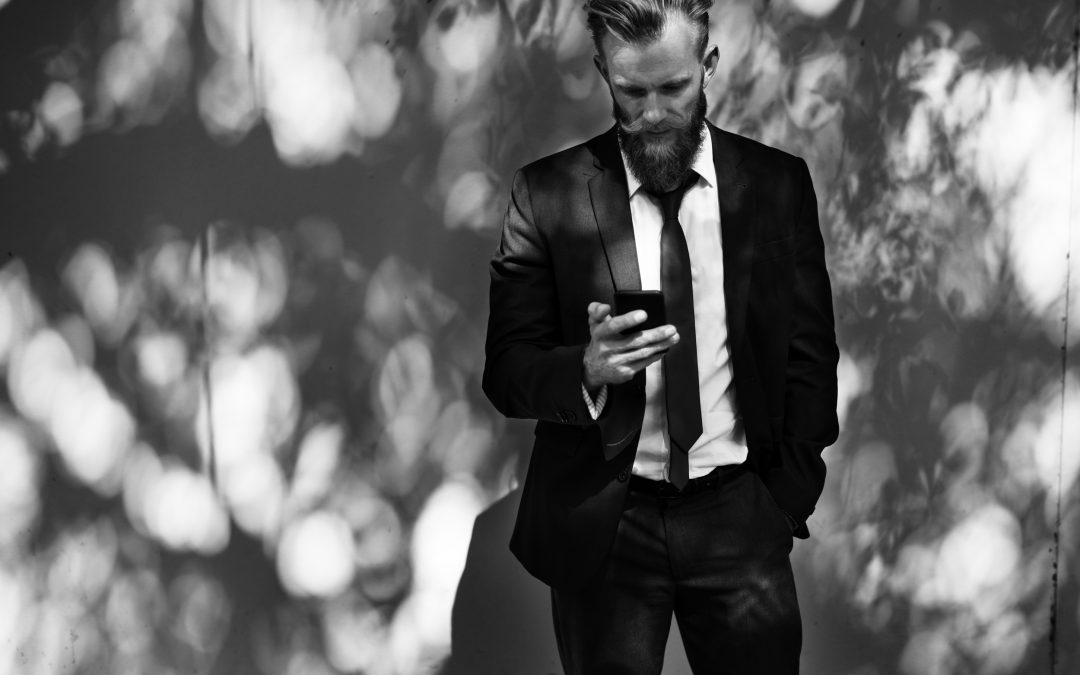 Should Christian Business People Continue to Sit on the Sidelines in the Culture Wars?

The culture wars are intensifying, and the culture in sliding dark-ward.  One of the contributors to that slide is the apathy of Christian business people, who have been content to compartmentalize their Christianity and their business.

A recent survey confirmed a trend that is of incredible impact: The US has gone from a predominately Christian population to a country where Christians are now less than 50 percent of the US population.  (1)

This trend, which has been gaining strength over the past 20 years, is just one of that factors that have coalesced into what is often characterized as “culture wars.”  The term refers to the growing polarization of the country.

The left side of the spectrum generally supports abortion – even infanticide – big government solutions to all sorts of issues, open borders and, recently, socialism.

On the right side of the spectrum are those who support conservative, and often traditional Christian, positions.  Typically, pro-life and pro-constitution, these folks generally support lawful immigration, a strong military, and the rule of law.

This polarization has ushered in a new era that is ominous for Christians.  The increasingly vocal left-wing often attempts to marginalize Christians.  Making use of social media and the cable news stations, they routinely portray Christians as intolerant and uneducated.  Christians who are visible and verbal about their beliefs are routinely demonized.  We’ve all seen the negative comments made about Chick-fil-A, for example, because of its Christian values.

And, despite the world-wide growth of Christianity, persecution of Christians has increased, and the radical Islamists have made Christians the most persecuted religious group in the world.

It is easy for North American Christian businesspeople to look at these trends and dismiss them.   Our businesses exist in a world that seems light years away from the heated rhetoric of the cable stations.  A common thought is this: “The atheist leftists are in Washington and have nothing to do with my business.”  Or, “All this noise and conflict is just the media trying to attract viewers with sensational and outlandish stories. It has nothing to do with me and my family.”

There may be a grain of truth in those ideas.  The moment when these trends hit home, however, is just around the corner.  You recall that the Obama administration mandated that businesses, regardless of their ethical positions, had to provide free contraceptives to their employees. That had the potential to touch almost every business.

The IRS, under the Obama administration, routinely delayed applications from conservative groups for non-profit status.  You may recall Lois Lerner, the IRS person most clearly associated with this effort, taking the 5th Amendment in her testimony before congress. If you were one of those people trying to form a conservative non-profit organization, the culture wars were impacting you in a dramatic way.

Recently, a number of state governments have acted to remove foster children from the faith-based organizations who place them, on the grounds that they prefer to place children in a family with a father and mother. (Anti-Religious hostility takes aim at foster care and adoption agencies)

While the contraceptive provision was eventually overturned because a Christian business challenged it, it hasn’t discouraged the left-leaning politicians in Washington from encroaching on Christian culture.  Recently, for example, the House of Representatives passed a bill mandating that high schools across the nation allow males to compete in female sports.

Armed guards now patrol the hallways of high-schools and park outside of church services.  Streets in San Francisco and Los Angeles are littered with spent hypodermic needles and human feces.

The culture wars are intensifying, and our culture is descending into an ever-darker place.  What was seen as decadent just a decade ago has become routine today. For example, you may recall that Obama originally opposed gay marriage. And, despite the terrorist attack on 9/11, today we have a radical Islamist on the House Foreign Affairs Committee.

The sad truth is that Christians are losing ground in the culture wars. If your business and your family has not yet been impacted, wait a little while. The dark-ward slide of the culture will eventually touch you.

How Did We Get Here?

Look around, and it’s not hard to find culprits.  You can point to the progressive tilt of Hollywood as a contributing force.  So, too, the radicalization of the news media. The left’s over-reaction to Donald Trump’s rhetoric has contributed.  So, too has the censorship of conservative conversation in Facebook and other social media.  Add to that the emphasis, in many of our colleges, of left-wing philosophies and the abandonment of the commitment to teach college students how to think, not what to think.  Add to it the sense of entitlement on the part of younger generations, who it seems, are abandoning independent thought for follow-the-herd positions.

Two Major Contributors to the Dark-Ward Slide in the Culture:

1. The impotence of the institutional church system.

I realize that it is a radical thought to the vast majority of cultural Christians.

No one wants to question or criticize your local pastor. But someone must think clearly about this and ask some important questions.

Regardless of your feeling about your local pastor, or friends you made at the local church, the unvarnished truth is that the institutional church – as a nation-wide institution — has proven itself to be impotent to slow down the cultural slide.  In the last 20 years, the system of the church building, pastors, denominations, worship services, etc. which we all know as “church” has spent over $530 Billion on itself, and not increased the percentage of Christians in this country.  In fact, it has facilitated the decline in the percentage of Christians. It has failed in its stated mission of spreading the gospel and multiplying the number of disciples. If it were at all effective, we would have a higher percentage of Christians in the country, not a smaller number.

Look at this from an objective, common-sense perspective.  If there were a business enterprise that burned through $530 Billion dollars over the last 20 years and actually lost market share, what would we do with it?  We would immediately put it out of its misery and look for an alternative.  We’d recognize that there is something deeply flawed in the model and that a new logo or younger branch manager would not be the solution.

Yet, few people consider the institutional church model. Instead, we focus on a new worship leader, or a better ‘youth minister’ or a clever church name. Instead of looking at the heart of the problem – the institutional model itself  — we feel better arguing about the most superficial, marginal issues.  We want more modern music, a better AV system in the auditorium, a younger and more hip youth pastor.  All of these are inconsequential and superficial.  It’s like changing the color of the curtains in a home whose foundation is cracking.

If the institutional model could have impacted the culture and increased the percentage of Christians, it would have.  It’s spent $530 Billion dollars and presided over the decline in Christian culture.  It is impotent to impact the culture and increase the Kingdom. (For a more in-depth look at this issue, consider the book, Is the Institutional Church Really the Church?)

But this article is not about the institutional church system, but rather about one of the products of it – Christian businesspeople who are content to sit on the sidelines.

2. The indifference of the Christian business community.

Granted, there are some Christian businesses who are not afraid to verbalize their core values.  Hobby Lobby, for example, filed the lawsuit that challenged the Obama administration’s mandate that employers had to provide contraceptives to the employees. Chick-fil-E is unabashedly Christian, and the world knows it.

Despite these few exceptions, the overwhelming majority of Christian business people have chosen to remain on the sidelines, removed from active participation in the culture wars.  They maintain these positions:

2. I go to church on Sunday, and do business on Mondays, and there is no connection between them.

3. My Christianity is defined by how active I am in the church, not by my behavior in the marketplace.

Unfortunately, all of these positions function to provide a ‘pass’ from responsible engagement in the culture wars. Their consciences are pacified as they cling to one of the positions described above.

This separation of Christianity from the marketplace is one of the greatest lies in the history of Christianity.  In addition to being anti-Biblical, it has caused millions of people, across generations, and locations, to live their lives outside of the loving touch of God’s providence expressed through contact with a genuinely Christian business.

This is, of course, garbage.  It is a man-made doctrine designed to keep the power and money in the religious establishment.

God says that all our work is ministry, if we do it for the Lord:

Whatever you do, work at it with all your heart, as working for the Lord, not for men, since you know that you will receive an inheritance from the Lord as a reward.  It is the Lord Christ you are serving. Colossians 4: 23:

But God is orchestrating a movement to change that way of thinking. The Business as Mission (BAM) movement is now decades old, has influenced thousands of businesspeople, and is now morphing into Business is Ministry, (BIM), which recognizes that business has a primary role to play in the expansion of the kingdom.

Dozens of books have been written, national and international conferences held, and local business groups formed. Dozens of websites support the movement, and bloggers and podcasters articulate the specifics.  (See the newsletter BuildingBiblicalBusinesses.)

The movement to recognize business as ministry is well-entrenched and growing rapidly. With just a few minutes of time invested into a Google search, an interested person can identify dozens of resources devoted to helping business grow and increasing their spiritual impact. (See The Biblical Business Resource Center, for example.)

The conversations are public and assessable, the resources numerous.  The movement is growing.

A Couple of Questions

Here are a few questions to ask yourself:

1. How much longer do you think your business and your families will remain unscathed by the culture wars?

2. If you have been content to sit on the sidelines of the culture wars and keep your business separate from your Christianity, isn’t it time that you considered an alternate approach?

If you think that you may want to explore the possibilities, here are a few suggestions:

1. Pray. Begin to ask God to take you on this journey and to move you, one step at a time, to a position of a greater relationship with Him, and a more impactful business.

2. Expose yourself to ideas within the movement. Visit The Biblical Business Resource Center as a good start. Check out some of the resources on the Recommended Resources page, and subscribe to the Building Biblical Businesses newsletter, and/or the Christian Business Insights podcasts.

3. Find a local group of Christian businesspeople and begin to rub shoulders with others of the same mind as you. Almost every city and location have some.

4. If you’d like to gain a more objective analysis of where your business is relative to other businesses on the spectrum of “biblical businesses,” download the free “Biblical business self-assessment” and use it to guide your development.

You can no longer afford the luxury of sitting on the sidelines.  The culture wars will impact your family and your business.  It’s time to step up and join the battle.