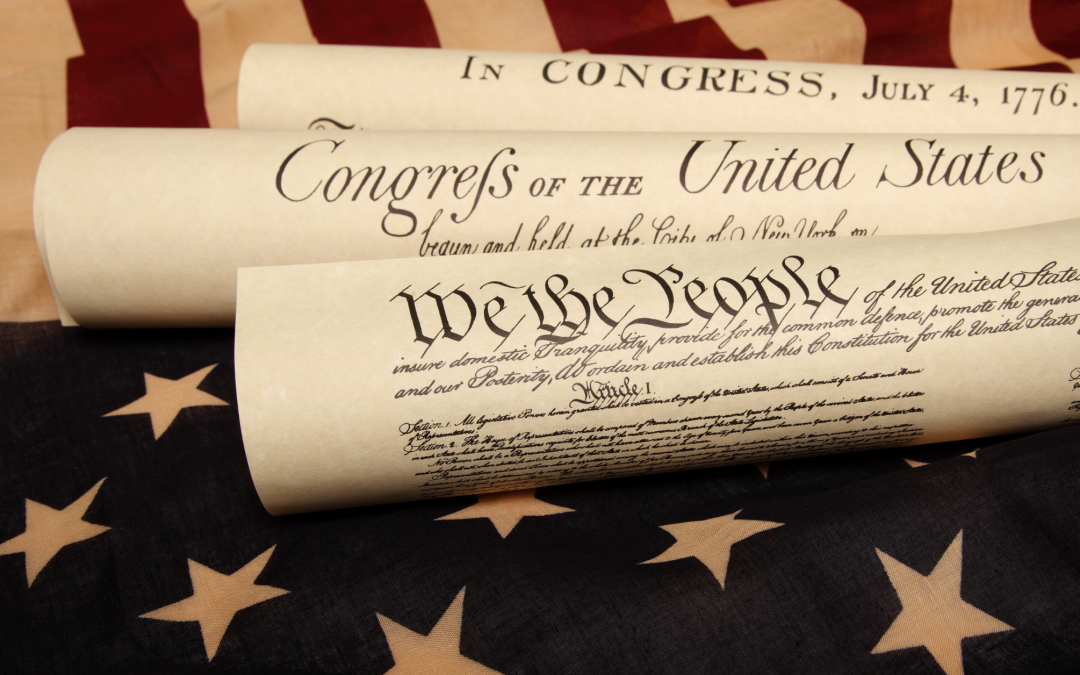 The most prosperous, Christian nation on earth has lost the culture it was founded upon – a rich culture of God in our schools, media, and government. From “Is the Institutional Church Really the Church?” by Dave Kahle. Tate Publishing, 2014 Note: This is an edited version of chapter two of my book, Is The Institutional Church Really The Church?  In light of recent events, I thought it appropriate to post it here.

In the early 1960’s, this country could be characterized as being predominantly “Christian.” Over the last 50 years, in the space of one or two generations, we have lost the culture.  This is an epic failure, akin to the ancient Israelites giving up the worship of Jehovah and turning to idols.  Our culture has done exactly that.  We have removed God from a central position in our culture and, in His place, have substituted the idols of our times.  Greed, sex, power, and secular humanism have replaced Christ as the bedrock of our culture.

It’s an incredible turn of events.  Here we were, the richest, most prosperous, most Christian nation on earth; founded on Christian principles by Godly men, with a rich culture of God in our schools, media, and government.  Then, in the space of one or two generations, we have lost it.

If we were in biblical times, the last 50 years and the incredible loss of this country would warrant several chapters in an Old Testament book. The change is so epic, the loss so devastating, that it is almost inconceivable.

The election of 2012 was the tipping point.  The results were a shock to many evangelical Christians, who, mostly of conservative political persuasion, saw the election as an opportunity to turn the country around.  They were stunned by the outcome.  They saw the re-election of Barack Obama as an incomprehensible political mistake.

From my perspective, as a nation, we got the government we wanted.  The American people had been leaving the conservative Christian viewpoint all along.  The election was a symptom – an expression of a greater trend.  And that trend was and is the de-Christianization of this country.

There is something seriously wrong with Western Christianity – what I call the institutional church system – to have allowed (maybe even caused) this cataclysmic shift.

And, we are at fault.  We have allowed the institutional church system to reign, we’ve accepted the flaws, and gone on about our ways.

No one joins the church.  Christ adds them to it.  In Acts 3:47, as the writer describes the early days of the church, he says, “And the Lord added to their number daily those who were being saved.”

There are no denominations in the church of the Bible. In fact, following after a person or that person’s teaching is expressly condemned in the New Testament.

I appeal to you, brothers and sisters, in the name of our Lord Jesus Christ, that all of you agree with one another in what you say and that there be no divisions among you, but that you be perfectly united in mind and thought.

In this book,  the term ‘institutional church’ and more precisely the ‘institutional church system’ refers to what has been traditionally the most common expression of Christianity in western civilization – the local congregation, headed by a professional pastor, connected to a church building and organized around Sunday morning worship services.  Those are the core elements.  But the term refers to the entire body of institutions and bureaucracies which have arisen to support that.  It includes the seminaries which produce trained pastors, the denominations and all of their various levels of organization and bureaucracies, and the para-church organizations which provide services to those seminaries, denominations, and congregations.

Something is very wrong.  Consider this.  According to Os Hillman, citing research from George Barna, in his book, Faith & Work,

“Although churches in the US have spent more than $530 billion dollars on ministry activities since 1980, the proportion of adults who are born again has remained virtually the same during the last 15 years.”   (1)

Stop for a minute and consider that.  You know the value of an investment, and the need to get a return on it.  You understand performance and productivity.  Now, if you were part of an organization that had spent $530 billion dollars, with no noticeable return, no measurable growth, wouldn’t you question that?

Of course, you would.  You would have put that organization out of its misery years ago. What sane person would allow that situation to continue if you had any influence over it?

By any common-sense measure, something is very wrong.

Step back for a moment and take a bigger picture point of view.  Let’s say things are growing and promising in your congregation at the moment.  Let’s say that is true for thirty (30%) percent of the local congregations in this country.  Now, fold those in with the others, add in the seminaries and institutional church-oriented para-church ministries and look at the big picture.  Look at the church in this country.  Is your church growing because people are leaving other congregations to come to yours?  Are we just shuffling around the same people, from one congregation to another?  The ICS, the entire entity made up of tens of thousands of congregations and all that is associated with it, is the issue. The big picture is $530 billion and no growth — that is the issue.

A Closer Look at the Culture

John Enlow’s book, “The Seven Mountain Prophecy,” provides a useful way to analyze the extent to which we have lost the culture. In it, he describes the “seven mountains” of culture. (2) Let’s look at each to determine the depth and breadth of the loss.

We’ve lost the ‘mountain of celebration.’  That’s the name for the element of society which contains what we may more commonly call “Arts and Entertainment.”  In 2012, the top three bestselling books of the year were the pornographic “Fifty Shades of Grey Series,” followed by a series by the author of “Hunger Games,” where teenagers are pitted against each other in a futuristic gladiator contest. (3)

Speaking of pornography, it is now so pervasive in our society that it is available with one or two clicks from everyone’s computer, tablet, or smartphone.  The trend among teens and pre-teen girls is to send naked pictures of themselves to their boyfriends, a practice known as “sexting.”  It seems that every celebrity has a “sex tape” of themselves making the rounds on the internet.  It is almost like a rite of passage in Hollywood.

Media and the Lost Culture

Christians are routinely portrayed in main-stream movies and TV shows as buffoons.  The national media, from the highly-sexualized sitcoms to the late-night talk show hosts, all project an attitude that Christians are a simple-minded, highly prejudiced underclass.

Video games, those things with which pre-teens and teens spend hours, are increasingly violent.  The most popular games all seem to involve stealing cars, shooting bad guys, or slicing up monsters.  Our children become calloused to violence by the countless hours tuned in to these fantasies.  Then, some of them go out and kill children and other teens before turning their violence on themselves.  Mass killings by teenagers seem to be a growing trend, and our schools are more violent and less safe than the streets. (4)

An Objective Perspective of Our Lost Culture

Let’s try to be objective about this.  Suppose a visitor from outer space arrived here, with the mission to observe the culture and report back on its major trends and influences.  This alien visitor had no preconceived notions, and no background to color his observations.

Our alien visitor, looking objectively at the output of our TV, movies, and news stations would make the observation that Christianity has no serious role in any of this, and was, in fact, a minor sub-culture of underclass simpletons.

In the mountain of “families,” living together outside of marriage is now the expectation for young couples.  According to one source, “The number of cohabitating unmarried couples increased by 88 percent between 1990 and 2007” (5).  Now, 48 percent of women cohabitate with a man as their “first union.” (6) Traditional marriage is on the outs.  One estimate puts the likelihood of divorce at between 50 percent and 74 percent. (7)  The former President of the United States is now advocating gay marriage, and a number of states have approved it.  According to researcher David Kinnaman, writing in “unChristian,”

In the world of “education,” our schools, which were originally designed to promote the reading and studying of the Bible, have pretty much swept any vestiges of Christianity from the curriculums and practices and replaced it with the religion of secular humanism.  Jesus said, “I am the way, the truth, and the life.  No one comes to the Father except through me.” (John 14:6).  In the place of this foundational cornerstone of Christianity, our schools now promote “diversity”.

According to Michael J. Metarko, writing in Indoctrination,

“With 90 percent of Christians still sending their children into this statist educational system, I need to be brutally direct. According to current research, if you send your child to public school, you WILL most likely lose your child to the secular humanistic worldview. In two reports to the Southern Baptist Convention, T.C. Pinckney found that 70– 88 percent of evangelical teens will leave the faith within two years of graduating from high school. 11 The fatal combination of secular education and the lack of true biblical discipleship is reflected in separate studies by the Barna Group and Britt Beemer of America’s Research Group. They found that one-third of twenty-somethings who were churched as teens have disengaged spiritually. Over ‘60 percent of the children that grow up in our churches will leave them as they reach the threshold of young adulthood.’ 12 We are losing more children much younger than previously thought: 83 percent of those surveyed started doubting the Bible in middle school and high school.” (9)

In the sphere of “politics,” our political parties have become so extreme that it appears they rarely speak to one another, compromise rarely happens, and the federal government is on a path to replace the providential role of God and Christian benevolence. The federal deficit is the largest in human history. As the political parties gather more and more power to themselves in Washington D.C., the stage is being set for a dictator to seize total political power.  If our current trends continue, I expect to see the end of democracy in the US within 20 years, and a dictator takes its place.

More people now receive food stamps than at any other time in history.  According to Mitt Romney’s often quoted comment, 47 percent of the population are now dependent upon the federal government for at least a portion of their livelihood.  The Christian concept of “The one who is unwilling to work shall not eat.” (2 Thessalonians 3:10) has been smothered in the tidal wave of endless unemployment benefits, Medicaid, food stamps, and government handouts of countless varieties.

Our alien observer, reporting back to his supervisors on his observations of American culture, would not use the word “Christian” to describe any element of it.  It just would not be a significant enough factor to even be noticed by the objective outside observer.

In one generation, we’ve lost the culture.

We’ve spent $530 billion, we haven’t grown a percentage point, and we’ve lost the culture.  Clearly, something is terribly wrong. Shouldn’t we question this?

Read the rest of the book.  Check it out here.