Are You Still in the Christian Closet? 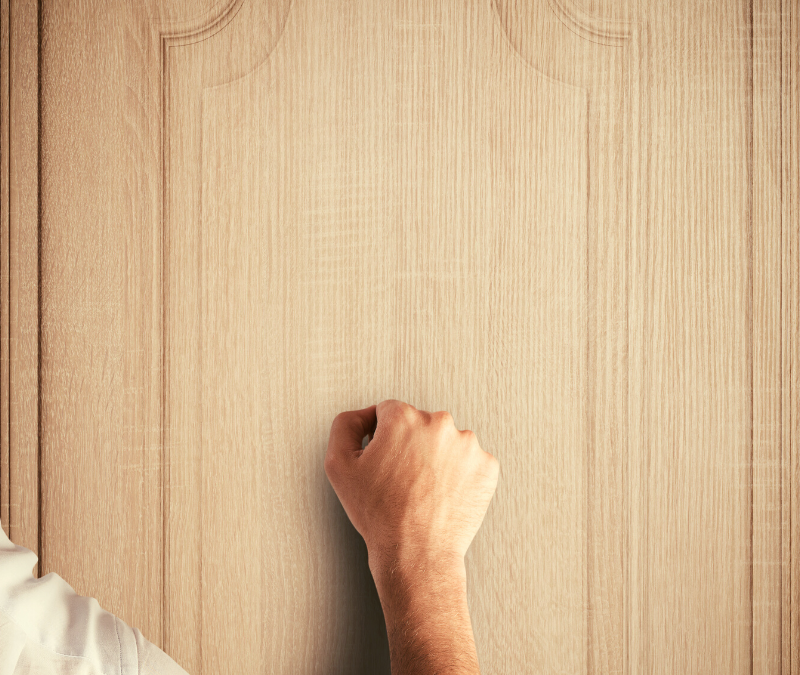 We all understand what it means to be ‘in the closet.”  For the LGBT population, it means that you hide your real identity and pretend to be someone you are not, primarily for fear of condemnation. When a gay person came “out of the closet,” he/she went public with his/her sexual preferences and no longer kept them hidden.

The ‘closet’ then, represents a lifestyle of pretense, where one pretends to be someone he is not, to like things he doesn’t really like, to embrace values he/she doesn’t believe in.  It’s a lifestyle of deceit, wrapped in guilt.  Coming out of the closet – announcing publicly who he/she really is — is often a risky step, as the individual doing so risks the disdain of those around him.  The closet is a place to hide.

Unfortunately, most Christian businesspeople are hiding in their own version of the closet, concealing who they are really are – a disciple of Jesus Christ – behind the facade of a secular businessperson.

Their closet is a more nuanced version. They have no problem going to church and being active in the programs of their local institutional church. Their closet doesn’t extend to their family or church life. It exists in their business life.

It is on the job that they keep their true identity hidden behind a fake facade. They are afraid to admit their Christianity – afraid of scorn by those around them, and disdain by the larger circle of coworkers, customers, and suppliers. They see the way certain visible groups – the Hollywood elite, leftist college professors, late-night talk show hosts and legions of nameless social media advocates – characterize Christians. Uneducated, unthinking, intolerant, backward – the kind of people who were called ‘deplorables’ in the last presidential election.  They certainly don’t see themselves in that light and don’t want to be labeled with those pejoratives.

So, they keep their Christianity to themselves on the job. When an opportunity comes to give credit to God, they don’t. When a colleague could be strengthened with a word from the Bible, they defer. When the water-cooler conversation approaches values, beliefs or ethics, they head to the restroom.

Like the LGBT folks who coined the term, they willfully and intentionally hide their true nature in the closet, operating out of fear and not wanting to jeopardize their own comfortable existence.

That’s too bad.  Really, really bad.  Because the majority of Christian businesspeople hide in the Christian closet, literally millions of people, across generations and geographies, have been denied a glimpse of God’s love and providence. While God intended Christians to be salt and light in the world, Christian closet dwellers withhold that salt and light out of fear of the consequences. Who knows how many people could have been exposed to God’s love and salvation through the life example of a colleague who was not afraid to be who he was?

Over the last 20 years or so, we have seen a decrease in the percentage of the population who claim to be Christians.   Today, Christians are a minority of the US population. Certainly, Christian closet-dwellers have had some responsibility for that decrease.

While closet dwelling has had an impact on our culture and society at large, it also has a very personal negative impact on individual lives.

Christian closet-dwellers are often subject to the ‘hypocrite’ label.  While they consider themselves pious and churchgoers, they are hesitant to allow their Christianity to bubble out of them on the job. People who see both sides of their lives often point out the conflict between ‘churchiness’ on Sunday, and secular behavior on Monday.

While church involvement keeps them busy, they can’t escape the nagging thought that they aren’t really living their Lord’s intentions for them. They may grasp certain oft-repeated platitudes to assuage their consciences:  “Church and Business don’t mix”;  “God’s house is holy (everything else, then, including business, must be ‘non-holy)”; “church work is special (business, therefore, must be ordinary)”.  While this may plaster over the itch, it doesn’t make the guilt go away.

So, closet-dwelling has a negative impact on the lives of the dwellers and a horrendous impact on society at large.

What would happen if most Christian closet-dwellers came out?

We could change the trajectory of the country, change the national dialogue and expand the Kingdom.

There is a model.  Look at what the LGBT community has done.  In 15 years, they have changed the laws and changed the national attitude toward them.  You’ll recall, for example, that Obama was against gay marriage in his first election cycle.

We could feel more empowered, and live lives of greater fulfillment and impact. We could change our lives and change the world.

If you’ve been a Christian closet-dweller, it’s time to come out!